League of Women Voters of the Lima Area

Did you know that by joining the League of Women Voters of the Lima Area you have a local non-partisan opportunity to get involved and help make a difference within our community? 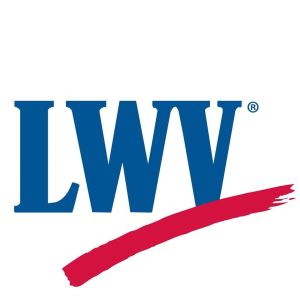 Per LWV-Lima Area member Holly Norton: “LWV is strictly non-partisan, meaning that we don’t endorse any candidates or take any positions other than the ones approved by national headquarters, but we would be glad to have members of other groups, even partisan ones, help with our upcoming centennial events.”

Upcoming LWV meetings and events: A celebration is being planned for the centennial anniversary of the 19th amendment and the League of Women Voters. The celebration will consist of three events: a kickoff in February 2020, an outdoor event downtown in the summer, and an event with a speaker in the fall. Members of various organizations, such as the Allen County Museum, Girl Scouts, and Alpha Kappa Alpha are involved with the LWV in the planning.

Recent LWV events: Beth Seibert, President of the League of Women Voters of the Lima Area, presented “The Struggle–From Right to Responsibility” at the Unitarian Universalist Fellowship of Lima, November 3, 2019. Holly Norton, member of the UU Fellowship of Lima and Secretary for the LWV of the Lima Area, was the service leader and introduced Beth, who is known in our community for the long term role she has played as Coordinator of the Ottawa River Coalition. Beth spoke about the LWV’s mission to inform voters and encourage voting, particularly through the voter’s guide published and distributed before every election, and their commitment to non-partisan education on issues of interest to the community. She also discussed the LWV’s role in suffrage and the ratification of the 19th amendment granting women the right to vote. A reading of Susan B. Anthony’s speech on women’s right to vote and songs relating to suffrage were also included in the service.

AHEAD is a growing group of Allen and Hardin County residents committed to nonviolent action for democracy. For more information about our group, please visit our About page.

Your donations keep us moving AHEAD!